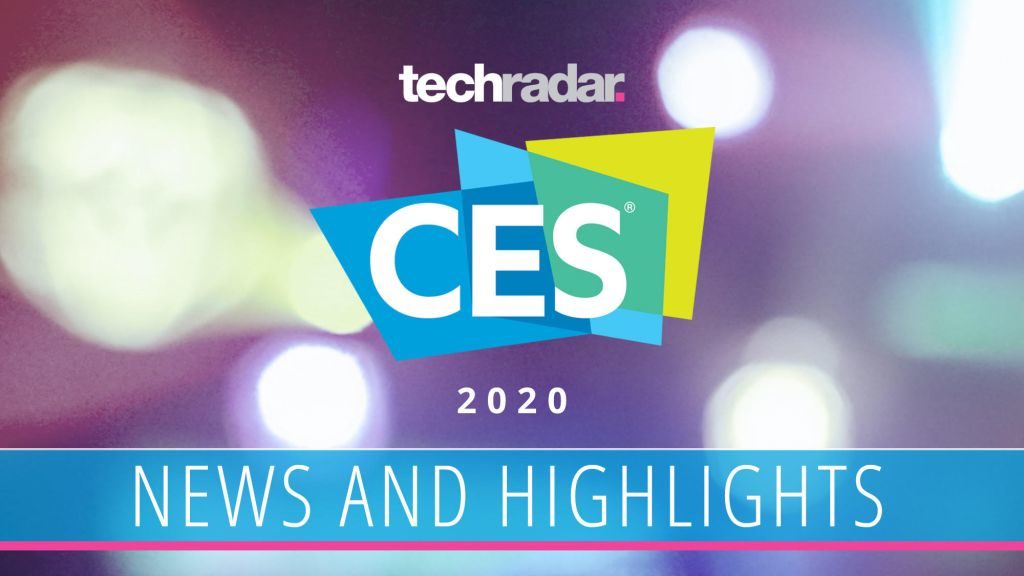 What was announced at CES 2020? Gadgets you’ll be able to buy this year (some you can get right now), and conceptual designs that won’t be available for 10 and in a few extraordinary cases 20 years, if ever. Think: flying Uber taxis.

Standout booths include Samsung and LG, who unveiled some beautiful TVs, while Canon has outdone itself with its latest specialist DSLR. Dell surprised with interesting UFO-shaped concepts in the computing space and Sony even unveiled a concept car.

It was another year full of new ideas – Samsung’s shown off a ball, robots are still being shown with ever-greater levels of sophistication and audio products continue to grow in power and performance.

So what could be the next ‘big thing’ that you might be using or see in your homes in the future? Here are a few snippets – more details can be found here.

Fancy completing your TouchRight reports on a flexible smartphone with a bendable screen, which can be unfurled into a tablet device? There were rumours that Samsung was developing a foldable clamshell phone, a form factor that was teased by the South Korean electronics giant itself in a concept video it released back in October 2019.

Now, it appears the handset is very much a reality, with the company reportedly revealing the device, dubbed the Samsung Galaxy Bloom, to attendees of a secret meeting held at CES 2020 overnight.

We’re certainly keen to keep an eye on how these develop further in the coming months.

For the last couple of years, Google has been using CES as a platform to announce new Assistant features and this year was no different. With no new hardware to show off the focus was instead on Google Assistant, with the list of new features coming this year looking quite impressive.

Since its debut in 2016, Google Assistant has built a pretty good repertoire of uses – it’s no longer just a voice assistant that tells you what the weather is like. And, in 2020, it will do way more than turn your lights on and off.
Cool new features that you might want to use will include:

Setting up scheduled actions: You can’t get Google Assistant to wake you up with the kettle already boiling or the coffee machine already buzzing. However, at some point this year you will be able to say “Hey Google, run the coffee machine at 6am” the previous night. With Scheduled Actions you will be able to set up run time of a compatible device at a time of your choosing.

Leaving notes: If you find that you’re leaving Post-it notes for your family members around the house for them to find, Google Assistant will take over that chore for you. Some time in 2020, Assistant will be able to create a sticky note on any compatible smart display that will be visible to anyone in the house without needing to sign into a Google account. They can even be created without the need for a Google account.

The OnePlus Concept One smartphone was shown at CES 2020, and we now know what it’s party piece will be – hidden rear cameras.

The Chinese phone manufacturer took to Twitter ahead of its big reveal in Las Vegas on January 7, to post a teaser video of the new technology in action.

According to Wired, the OnePlus Concept One uses electrochromic glass. This is an electronically tintable glass, which can hide the rear camera lenses behind the flush glass rear of the handset, revealing the trio of sensors only when they’re in use.

OnePlus has partnered once again with British high-performance car manufacturer McLaren (with whom it’s previously released a couple of special edition handsets) to use the same glass as found in some of the latter’s vehicles.

Dodge the traffic and hop across the city at 180mph! At CES 2020, Uber and Hyundai showed off a full-size mock-up of a flying taxi that both companies hope will be ferrying you above congested city streets by 2023.

The electric plane, called Uberdai, will carry a pilot and three passengers up to 60 miles, at speeds of up to 180mph, slashing journey times and helping get cars off the road. Eventually the craft will be automated, but for now the two companies are focusing on manned craft.

The flying taxi market is starting to get pretty lively. Last year, Boeing began test flights to test the safety of Boeing NeXt, an electric aircraft with passenger pods designed to travel up to 50 miles, and Bell Helicopter unveiled the Bell Nexus, which the company hopes will “redefine air travel”.

Uber intends to launch its first swarm of flying cars in the US and Australia in 2023, with schemes planned for Dallas, Las Vegas and Melbourne.

Use the form below to create your TouchRight account!

Once you’ve set up your account, we would like to send you a welcome email so you can get started.
Please make sure you download the TouchRight iOS or Android app for your mobile device.

The information you provide allows us to deliver software and services and is not used for any
other marketing purpose. You may opt-out of receiving emails at any time.
See our Privacy Policy and Terms of Service for more information.

This website uses cookies to improve your experience while you navigate through the website. Out of these, the cookies that are categorized as necessary are stored on your browser as they are essential for the working of basic functionalities of the website. We also use third-party cookies that help us analyze and understand how you use this website. These cookies will be stored in your browser only with your consent. You also have the option to opt-out of these cookies. But opting out of some of these cookies may affect your browsing experience.
Necessary Always Enabled

Any cookies that may not be particularly necessary for the website to function and is used specifically to collect user personal data via analytics, ads, other embedded contents are termed as non-necessary cookies. It is mandatory to procure user consent prior to running these cookies on your website.